So I’m back for my second Travel Thursday! I’ve decided these won’t be a weekly thing just due to the fact that I’ve now decided that I’d prefer to list three books from each place and so obviously that will require a lot more reading. Currently, my plan is to have them every other week, although that may go down to monthly depending on how easy it is for me to get these books.

I’ve chosen Nigeria as my second location due to the fact that I’ve been reading a lot of Nigerian literature recently. I’d also never seen any photos of Nigeria and so thought it would be nice to research that to put images to the landscapes described in these fantastic novels.

If you’d like to take part too, then you can find more information here and please let me know as I’d love to see your posts!

Lagoon by Nnedi Okorafor – I couldn’t not list one of Nnedi’s books and Lagoon seemed like the perfect choice given that it’s also set in Lagos. I adored this book and you can find my review of it here.

Stay With Me by Ayobami Adebayo – I got this as an ARC and I just loved it. I chose it as my second choice as although there are lots of fantastic books, this one was set in a modern setting while most of the others ones I’ve read have had a more historical setting. You can find my review of it here.

Butterfly Fish by Irenosen Okojie – I chose this as my final book because I enjoyed the alternating stories of modern and historical and also because Irenosen Okojie’s collection of short stories was shortlisted for the fantastic Jhalak Prize. You can read my review of it here.

The Famished Road by Ben Okri – I’ve had this on my to-read list for quite a while and I’ve actually started it already but only a tiny way in. I really enjoyed Ben Okri’s writing style in Astonishing the Gods and I’ve heard such good things about this that I can’t wait to sit down and read it.

The Joys of Motherhood by Buchi Emecheta – I’ve already read several of her books and I’ve adored every single one of them. Her writing is absolutely fantastic and I knew she definitely had to be one of the authors that I chose.

GraceLand by Chris Abani – This was a book I discovered while researching this post and it sounded absolutely fascinating and had some excellent reviews. 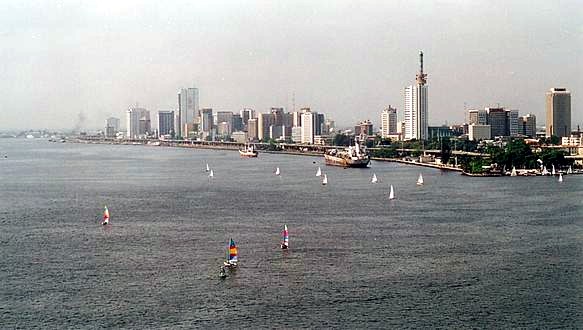 Statue of the Oba of Benin and his servants, Benin City

Welcome to the first Travel Thursday post! For those that missed my post last week, you can find it here explaining what I’m doing.

Anyway, the first place I’m doing is my own country, Scotland! Now, Scotland has a lot of literature to choose from and so at first I thought “Ahh, how will I manage to cover it all!” so instead, I’m just going to pick a few books that I have read, and a few that are on my TBR list.

The Comet Seekers – This is the most recent book I’ve read and I just adored it. I’ll be writing a review soon so won’t say too much, but it’s basically the story of two characters and how their lives intertwine until they eventually meet. However, we only get to see them when there is a comet in the sky which means we only get small glimpses into their lives.

Dr Jekyll and Mr Hyde – Well, this is a classic and I know a lot of people have heard of it but probably haven’t read it so I decided to include it. This is just a short novella, but it’s very enjoyable and I’d definitely recommend it.

Robert Burns – This is poems, rather than a novel, but I love them so much I just had to include them. You can’t make a post about Scottish literature and not include him! My favourite poem is “To a mouse” although Tam O’ Shanter is also fantastic. Best part is, you can find a lot of these online!

The Sunlight Pilgrims – I found this book on a list of “Excellent Scottish Novels of 2016” and so picked it at random because I liked the cover (same place I found The Comet Seekers which I chose for the same reason) and so I don’t know too much about it as I think going in knowing nothing will be fun.

Sunset Song – Well, this is another Scottish classic and has been on my TBR list far too long. As you may be able to see from the picture, it’s considered one of the best Scottish Books and it’s set not far from where I grew up. I definitely need to get around to reading this soon!

But n Ben A-Go-Go – This is a book I just discovered today while making this post and I just had to add it to my list. It’s set in the future where global warming has caused the oceans to rise and the only dry land in Britain is the Scottish Highlands. Not only that, but the entire novel is written in Scots and so I just had to have it. I’ve already ordered a copy so will dive in as soon as it arrives.

Somewhere in the Cairngorms

So, have you been to Scotland? Read any Scottish literature? Added any of these to your own TBR list? Let me know!

(All book covers from Goodreads, all photos of Scotland are my own)

Welcome to Travel Thursdays! It’s a brand new bookish meme that I’ve decided to host as it ties in really nicely with my Read Around the World challenge, and also because I know there’s just so much fantastic literature out there from other countries that people might not realise exists.

Each week, you’ll choose one place. It’s up to you what you choose – whether it’s somewhere as large as a country or as small as a particular city. Then, once you’ve chosen it you need to find books that are either set there or written by somebody from there and make a post discussing them. Have you read any of them? Have you found any you’d like to read?

Also, as well as finding books, I’d also like you to learn a little about the place you’ve chosen and share something about it such as a photo or an interesting fact.

This meme will start on the 16th March so you have a full week to prepare for it! For the first post, I highly recommend picking somewhere personal to you such as where you’re from, or somewhere you’ve lived.

If you take part then please link back to this post so that others can join it if they’re interested. You can also feel free to use the graphic I’ve made for your own posts.