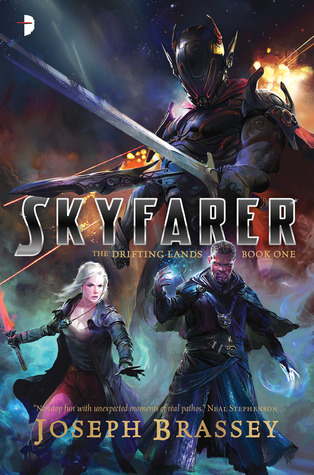 The Axiom Diamond is a mythical relic, with the power to show its bearer any truth they desire. Men have sought for it across many continents for centuries, but in vain. When trainee sorceress Aimee de Laurent’s first ever portal-casting goes awry, she and her mentor are thrown into the race to find the gem, on the skyship Elysium. Opposing them are the infamous magic-wielding knights of the Eternal Order and their ruthless commander, Lord Azrael, who will destroy everything in their path…

First I’d like to thank Angry Robot for giving my an eARC of this book which turned out to be much better than I ever thought. I saw it and thought “Hmm, space fantasy sounds fun – especially with skyships!”. I was expecting something steampunky and fun, but I didn’t expect it to be just as fun as great as it turned out to be.

Several other reviews have described this as being Final Fantasy crossed with various other franchises and I would definitely have to agree. I am a huge fan of Final Fantasy games and I could see a lot in this novel that could have been inspired by various games.

The plot revolves around trying to protect the Axiom diamond to stop the Knights of the Eternal Order getting it. The characters are just fantastic and I had so much fun reading about their adventure that honestly the second book could just be them chilling at a bar talking about life in their world and I’d still love to read it. The worldbuilding is brilliant and is something I hope we get to see more of in future books because I’d love to learn more about the magic systems and about the history of the worlds.

It’s hard to write a good review of this book because the entire time I was reading it, I was just having so much fun and couldn’t put it down, but that meant that I didn’t pay as close attention to things as I usually would when planning on reviewing it. However, I’d say that’s a very good sign given that I enjoyed it too much to focus on how good it was at various things.

I already know several people who I’m going to make read this when it comes out, and I can’t wait on the next book. This is a book that I would very highly recommend and is one that I will happily re-read multiple times. If you enjoy Fantasy or Sci-Fi, I would definitely suggest giving this a chance. It’s a fast and fun read and I just had so much fun reading it. 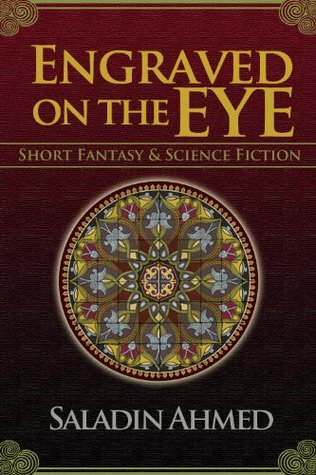 Stories to Captivate the Imagination: Welcome to the worlds of Saladin Ahmed
A medieval physician asked to do the impossible. A gun slinging Muslim wizard in the old West. A disgruntled super villain pining for prison reform. A cybernetic soldier who might or might not be receiving messages from God. Prepare yourself to be transported to new and fantastical worlds.

The short stories in this collection have been nominated for the Nebula and Campbell awards. They’ve been reprinted in The Year’s Best Fantasy and other anthologies, recorded for numerous podcasts, and translated into several foreign languages. Now they are collected in one place for the first time. Experience for yourself the original voice of one of fantasy’s rising stars!

I was looking through a huge list of SFF short story collections and when I saw this, I just had to get it. I really enjoyed Throne of the Crescent Moon by Saladin Ahmed and so knowing he had a short story collection, I needed to read it. Even if I wasn’t already a fan though, that description is incredible. I read it aloud to my partner and he immediately got the book too. Did I mention the best thing about this collection? It’s currently free on Amazon so it’s super accessible to everybody!

As they’re all short stories, I’m not going to discuss them much as I find reviewing collections of short stories difficult as it’s hard to review a short story without spoilers. I will say however that his writing is absolutely delightful and I enjoyed every single story in this collection. It’s very difficult to choose a favourite too as they were all so brilliant. Two of the stories are set in the world of his novel, however even if you haven’t read it you will still be able to enjoy them as stand-alone short stories.

I would highly recommend this collection of short stories to anybody who enjoys SFF, it’s very diverse and presents stories from different viewpoints than we usually get to read in this genre. It’s especially useful for anybody who was interested in the #MuslimShelfSpace challenge on twitter. 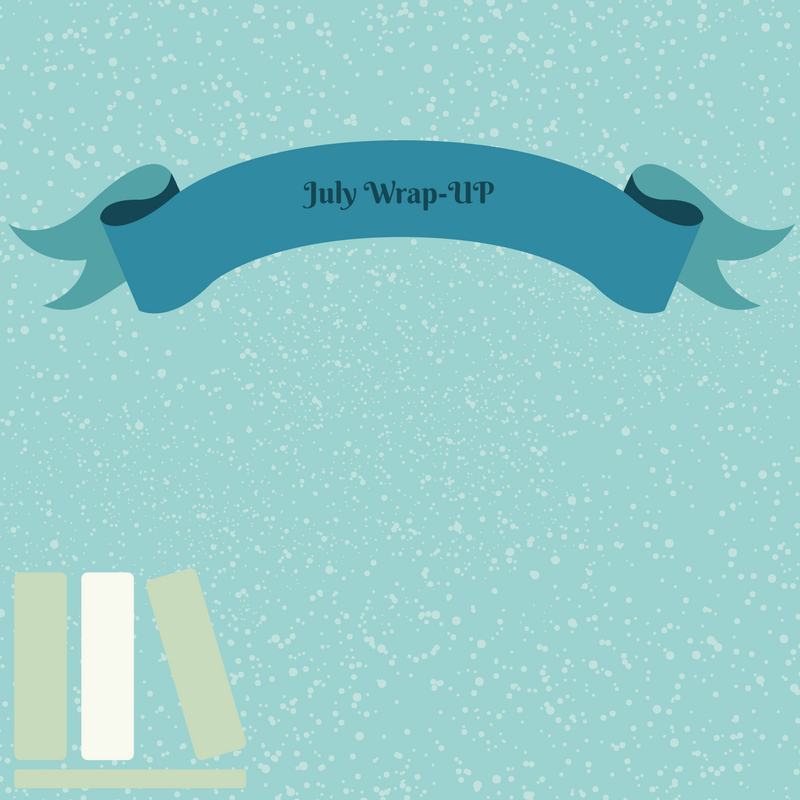 So, this post is very late and I apologise. As mentioned last time, I’m now working and I was still in the middle of moving and so I’ve not had much free time. However, I have now fully finished moving (still some unpacking to do, but that’s mostly just books) and cleaned the old place so should have much more time now that I don’t have to keep travelling across the entire city all the time.

I had a friend staying with me for a while and I’m currently enjoying the Edinburgh Fringe so that’s also eating a lot of my free time. The Book Festival has also just started and so I’m very excited about going to see a show soon with two authors I really love (and I imagine once I read books by the others at the show, I’ll love them too).

Anyway, because I was so busy throughout July it meant I didn’t have much chance to read either. Without further ado, here are the books I read for July!

Of these, three of them were ARCs so I’m pretty pleased about that – still need to write reviews for two of them (Skyfarer and The Last Namsara) which are both excellent. Hustlers, Harlots and Heroes was my read for the non-fiction square on Fantasy Bingo so although I’ve not read that much, I have at least still moved further forward on my goals – especially as The Man with the Compound Eyes is also a read for my Around the World challenge and is also just beautiful.

In good news, I also completed my Goodreads challenge last month! I’ve now hit 150 books for the year which I’m super pleased with. I’m not going to increase it any further though because well I’ve already read way more than I did last year and so I’m just going to see how much over 150 I can get.

Anyway, my goals for August are to get the number of books read into the double digits again and to work more on my blog. I’ve got a few days off this week now so should definitely catch up on the blog side as I have a bunch of books to review and I’ll probably also make some posts about the book festival too. For those that follow me on Twitter, apologies that my feed is now very focused on the Fringe rather than books, but well that’s what happens during August!